The Air You Breathe
By Kimberly Monaghan on February 7, 2022 in Productivity & Success 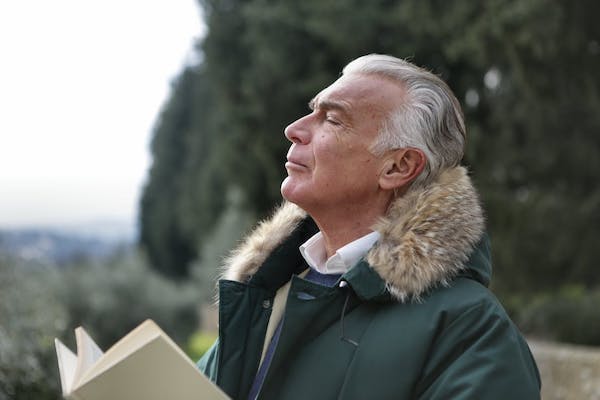 By Kimberly Monaghan on February 7, 2022 in Productivity & Success

A new homeowner begins a regular routine of cleaning his home with over-the-counter disinfectants. Although he occasionally experiences symptoms of dizziness, he dismisses it attributing it simply to the combination of exertion and harsh scent of the bleach-based products. But after three years of such exposure, he develops numerous tumors and is diagnosed as infertile. Coincidental? Perhaps, but many federal agencies and activists believe otherwise.

The ongoing emergence of environmental laboratory and treating for the reduction of indoor air quality and sick building syndrome testifies to the fact that indoor pollution is gradually becoming a serious concern.

It’s Difficult to Link Illness to Pollution. The exact causes of both examples and the countless others similar, are yet to be unequivocally pinpointed. Unfortunately, despite the growing efforts of government organizations like OSHA and the EPA there isn’t enough verifiable data to link indoor pollutants to many illnesses that otherwise have no alternative cause. Even though the cases have exponentially skyrocketed in children. Until stricter regulations for monitoring public and private facilities are required and until more individuals take a critical look at what they are exposed to each day, these coincidences will multiply.

What Creates Indoor Air Pollution? According to the Air Resources board “air pollution consists of toxic gases or particles that can harm your health.” And these very pollutants tend to build up rapidly indoors. The signs and signals of indoor pollution can be as minute as watering eyes or repetitive colds and the effects can be as serious as deadening of the central nervous system or cancer.

What does this mean to the average consumer?

Very little unless you are a chemist, toxicologist or environmental scientist and understand the permissible exposure limits. What is understandable however is the threat of pollutants is very viable and often overlooked. We all trust manufacturers to provide us with the very best cleaning, beauty, lawn, hardware and decorative products with high quality and safety standards. Unfortunately, regulations for what is safe to be used in homes and offices aren’t as stringent as they should be.

Technology Affects Air Quality. One reason for the rise in concern is the development of new technology. Believe it or not, technology can pollute. With the growing amount of scientifically advanced materials used to decorate, furnish, insulate, drive, and clean our homes and offices comes an increase in exposure to dangerous toxins. And an additional threat is posed with the more sound and tighter construction of new buildings, where there is less opportunity for the pollutants to escape. Instead, they constantly recirculate.

Higher Risk in Homes. Researchers with the American Lung Association (www.lungusa.org) are concerned with the number of days lost from work and school from the exposure to these and other biological pollutants such as dust, mold, and mildew. Additionally, we all know that secondhand smoke (indoors and outdoors) causes cancer and can even be absorbed and shared via clothing and other fabrics. Improperly ventilated gas stoves, clothes dryers and ovens can lead to carbon monoxide poisoning. And of course, pesticides and lawncare treatments are some of the worse culprits for indoor air pollution because in addition to being used in the home, noxious fumes from lawn treatments seep in through windows and chemicals are tracked in on shoes and paws. Because of the lack of regulation within private entities, this puts homeowners, children, and pets at a much higher risk.

Cleaning up your home. Unfortunately, just about everything we buy or build has risks, and the threat of pollutants increases without proper application and use. The good news is that through use of resources readily available we can properly identify, remedy, and replace the causes of indoor pollution. To understand whether your workplace or home may be a haven for indoor pollution it is best to create a checklist and work through remediation strategies.

In her book, House Dangerous, Ellen Greenfield recommends step-by-step measures for the consumer to clean up her personal environment through four basic approaches.

In addition to conducting a personal inventory, avoid use of products that require animal testing, which is indicative of multiple concerns, including severely harming animal populations. Labeling and packaging with incomprehensible ingredients should also send up a red flag. Take a more natural approach by purchasing solid wood products, natural or organic cleaners, opening doors and windows when possible and taking in plenty of fresh air, even during winter months.

The list of causes of indoor pollution may seem overwhelming and with all the other important concerns in the world today the average person may think ‘why worry’? But it is exactly this attitude that fuels the spread of tox exposure and illness.

Only through acting to correct and express concerns regarding the effects of indoor pollution, will we have a safer and purer environment.

The only cure is prevention.